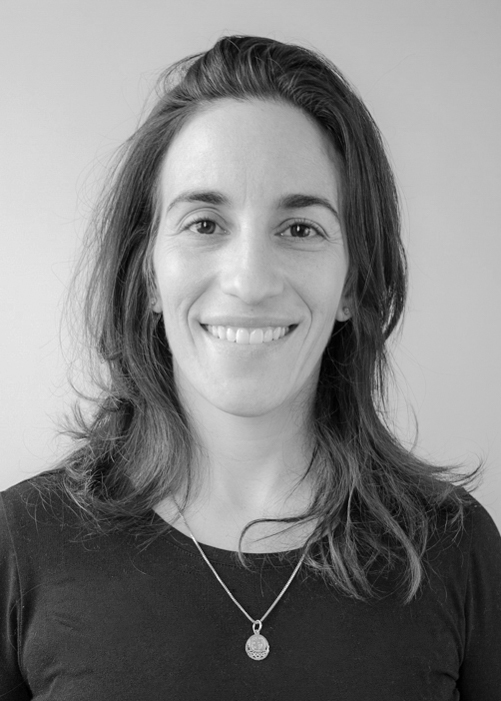 Nikki Costello was introduced to yoga asana during her studies at New York University as part of the conservatory curriculum for actors, which included yoga, the Alexander Technique, Jacques Lecoq Mask training and extensive vocal studies – all primary modalities for developing self- awareness. After graduation, while working as a teacher’s assistant at the Stella Adler Conservatory of Acting, she began teaching yoga to actors.

Light on Yoga was Nikki’s introduction to B.K.S Iyengar, and this text served as a guide, support and inspiration in her personal practice. In 1997, she began Iyengar Yoga classes with Kevin Gardiner whose passion, inquisitiveness and elegance made the pages of the book come alive. Ten years later she completed Teacher Training at the Iyengar Institute of New York with Senior Teachers Mary Dunn and James Murphy, who also served as her mentors through certification.

Encouraging her to take her first trip to Pune to study with the Iyengar Family, Nikki remembers, “Mary spoke about the experience as if she knew a secret that you could only discover on your own. When I observed Mary as she taught, I always felt she had one impeccable eye focused on us, while the other eye gazed deep inside to the heart of yoga, where she wanted us all to look.

“That image has remained with me always, and serves as a touchstone for me, as both student and teacher of yoga,” she says.

Nikki currently serves on the association’s Brooklyn Outreach Committee, has participated in past Yogathon efforts, and is compiling research on Iyengar Yoga for young people for IYNAUS, the national Iyengar Yoga association.

Nikki is a contributor at Yoga Journal, writing the magazine’s “Basics” column for 2013-2014.